[Ma Long: Zhang Ben pushed me to the limit. If I face Xiao Fat in the final, I will put my mind down and fight.] On November 15, Beijing time, in the first semi-final of the 2020 Men's Table Tennis World Cup, Ma Long was in a 1-3 unfavorable situation. After three consecutive games to reverse the Japanese star Zhang Ben Chiwa, Malone said in an interview after the game, "The opponent's strength is very strong, and he adapts quickly to my game. The game also pushed me to the limit. 1 to 3 I didn’t give up when I was behind, changed the serve with the attitude of trying, and bit the score as much as possible. The opponent's mentality also changed a little when he saw the victory. Zhang Benzhi and Zhang have changed a lot in recent years. The field will put a lot of pressure on the opponent. The finals may face Fan Zhendong again, facing the most difficult opponent, I will put my mind down and fight." 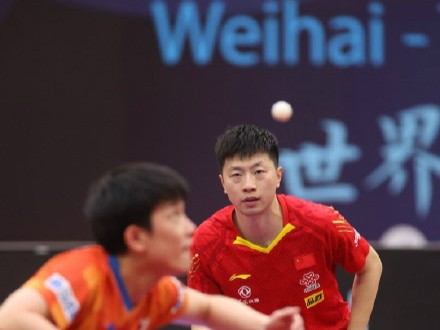